Kelly Nash has been described variously as an actor, a singer and a comedian – she personally prefers the term performer (because, frankly it takes the pressure off being particularly good at any one strain).

Kelly has a background in education, health promotion and performance in theatre, television and film (oh, alright……it was just the one film and it was never actually released – but it took up eight weeks of her life in 1999 and had it made it as far as a cinema, she’d have been billed only third behind Tempany Deckert and Red Symonds – really!)

Poking fun at the length to which women will go to be “beautiful” has become a mild obsession that has in fact kept Kelly employed on and off for almost 20 years.

Her cabaret stylings (for want of a better term to adequately describe the bizarre form of movement she refers to as dance) have been received very positively (I didn’t want to go overboard and sound up myself – oh no, now I’ve given away the fact that this short bio has been written by me and not my agent/manager!! But, seriously….people have raved, laughed themselves silly and had a delightful time watching me perform – hope that didn’t sound too uppity!).

Kelly’s most recent work on tv, featured her telling her children to sit down and watch more movies rather than go outside – well, she’s only human and sometimes advertisements do have some sage advice – perhaps not in this particular case…..ah well, a gig’s a gig, man!

Kelly has taught sporadically over the last 25 years, has appeared in local television shows in guest roles (Neighbours, Blue Heelers, Stingers), and has performed in Fringe theatre around Melbourne. Bill Perret of The Sunday Age described Kelly’s performance of The Nurse in Romeo and Juliet as “Excellent” and Cameron Woodhead of The Age wrote, ”Kelly Nash impresses as the broken hearted dragon lady” as Mrs Wire in Vieux Carre.

In 1994, Kelly co-wrote Beauty is Your Duty, a show that satirised the beauty industry and poked fun at the lengths we go to to be “beautiful”. This show basically kept her alive over the next twenty years in one form or another. It’s been a raunchy cabaret show, an entertaining corporate show, an insightful community show and an educational schools’ show. Kelly still performs a one woman version of the show in schools (Although it has evolved significantly over the years and bears little or no resemblance to the original work! She is very passionate about the subject matter).

In 2000, Kelly ran away to become a boarding house mistress in Alice Springs and returned when she had thoroughly completed her “Miss Jean Brodie” phase. In 2004, Kelly worked at The Royal Womens’ Hospital in health promotion, and wrote and performed in a show about females and schoolyard bullying called Survivor Schoolyard, was part of the workshopping process that led to The Condom Dialogues and The No means No Show, in which she also performed. She appeared on the same stage as Judith Lucy, Denise Scott, Monica Dullard and Nelly Thomas in Being a Woman is Good for Your Health. In 2011, Kelly began work with Family Life Victoria as a sexuality educator, a job which she finds most rewarding. 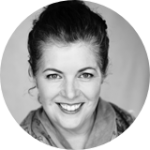